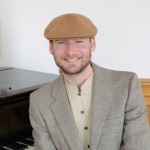 Bay Area based Grant Levin is a multi-faceted contemporary pianist, band leader and writer of music who performs in various configurations from intimate settings to concert halls and festivals. His musical aesthetic is based on dynamics, showcasing the piano as an infinitely powerful instrument, allowing the audience to experience the sonic possibilities.